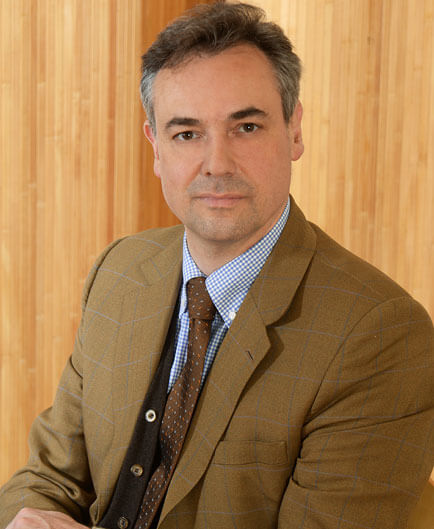 Dr Roberto Verdolini MD, FRCP, is a member of the British Association of Dermatologists and is a fully accredited Consultant in Dermatology on the British Specialist Register of the General Medical Council.

His specialist interests include diagnosis and treatment of skin cancer, acne, hyperhidrosis (excessive sweating), non surgical treatment of vitiligo, and autologous hair transplantation (the latter provided as part of a highly experienced team of dermatology surgeons).

Dr Verdolini trained at Ancona University in Italy, qualifying in 1993 with Distinction. Early medical posts were in General Pathology, where he gained a deep insight into the biology of tumours and laboratory research.

Training in Dermatology was completed in 1999 at Ancona University, qualifying with Distinction. A further period of training was subsequently undertaken at the Royal London Hospital, from 2000 to 2001.

His first consultant appointment was with the Princess Alexandra Hospital Trust in Harlow, Essex in 2002. He was subsequently appointed as Consultant Dermatologist at Newham University Hospital, London in 2003 where he provided general dermatology clinics but also specialist services for Skin Cancer (including a very popular Surgical Dermatology Service based on the 'see and treat' principle). When the Dermatology Department in Newham merged with the Barts and the London Hospital NHS Trust's Dermatology unit, in 2007, he took on responsibility for dermatological surgery at both sites.

In 2010 he returned to the Princess Alexandra Hospital Trust, where, with his colleagues, he is building an advanced dermatology unit.

He has published numerous articles and written chapters in medical books. He also lectures extensively on the pathology of skin and surgical dermatology.

His NHS appointment is with The Princess Alexandra Hospital Trust, Harlow, Essex and his private practice is at the Spire Roding Hospital, the Rivers Hospital (Sawbridgeworth) and The London Dermatology CentreTM.

The London Dermatology Centre remains open for face-to-face appointments. The safety of our patients and staff is our number one priority. Safety measures are in place where we are limiting the number of patients and staff in the clinic at any one time. Hand sanitizers are available throughout the clinic, all patients MUST wear face mask/face coverage when attending appointments and PPE worn by staff. Please follow these guidelines as requested.

If you are feeling unwell, however mild it is – please do not enter the building. Stay home and protect our community.

You can book in for a video or phone consultation if your condition can be managed virtually, you can arrange this with our staff over the phone or via email. These consultations are charged at the same price as in-clinic appointments.

Our phone lines are open Monday-Thursday 9am-8pm, Fridays 9am-6.30pm and Saturdays 10am-1pm. You may also contact us at reception@the-dermatology-centre.co.uk

Thank you for all your support during this difficult time and we look forward to seeing you all again.